this time the devlog is not written by Matthias as it will be about the visual creation of the character portraits in Heart of Muriet.

I am Raffaele Picca (most people call me Raffa - also known on the internet as Picster) and I am happy to share some steps of my process.
My work on the project is mostly art-oriented 🎨, I joined in early 2020 to support Matthias in honing and working on the look and feel of Heart of Muriet.

Our goal is to give our game an interesting story with a lot of relatable and diverse characters with different personalities. This will make it easier for the player to establish an emotional connection to them. To achieve this, we decided to break out of the voxel look of the game.

The first step was to rework the original wizard player model, we iterated through several stages until we had a look that we liked.

For voxel asset creation we use MagicaVoxel - an excellent piece of software! If you don't know it, give it a try! 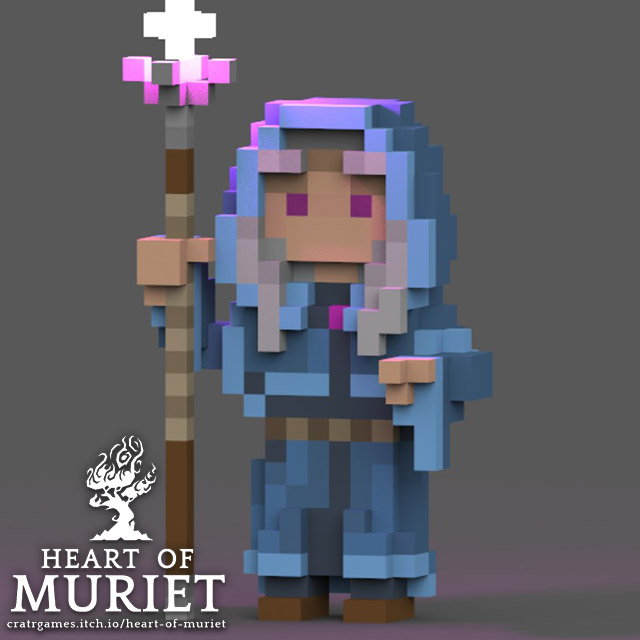 One of the earlier versions of the player model. 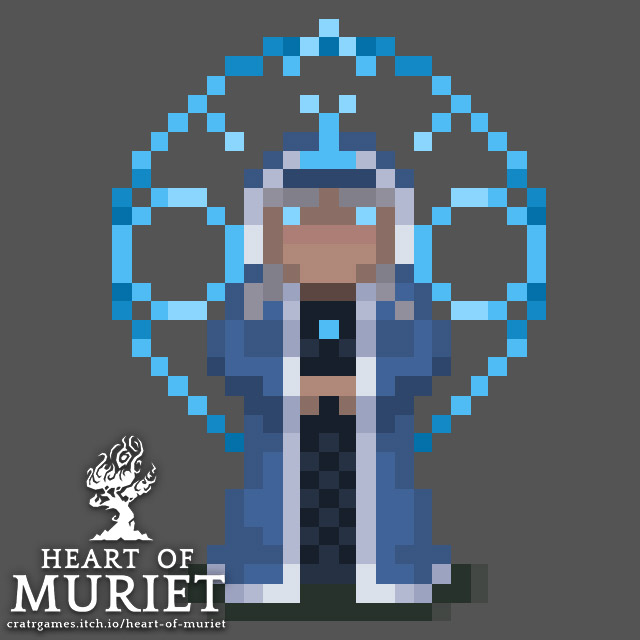 A new take on the player model - a concept done in Aseprite. 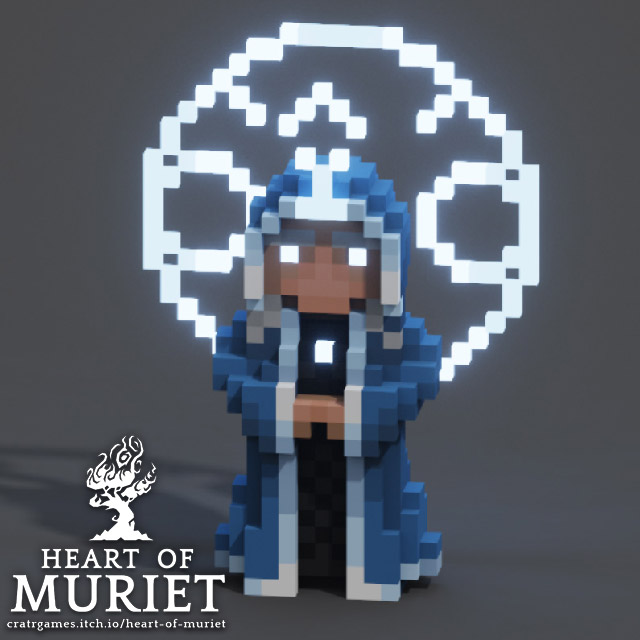 The final version of the player model - rendered in MagicaVoxel.

The first step was done, so now we mocked up different versions of the player portrait in a screenshot of the game.

The styles we tested were a pixel art look, the rendered image of the voxel model, and a very illustrative approach. 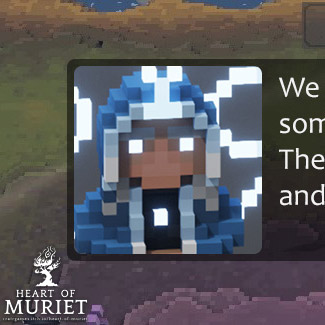 We were not too happy with this, it would be hard to convey emotions and make the characters likable. So we decided on an art-style break.

After some small tries, I quickly found a style that worked well - Banner Saga was a big inspiration with their clean looking portraits.

Creating the portraits for the first batch of characters in the game was an interesting procress. 🌟

The portraits were created in Photoshop using Lazy Nezumi Pro for the extra clean look of the line-art.

The first step was to look for reference photos - Using them I created a first quick sketch of the layout and composition. 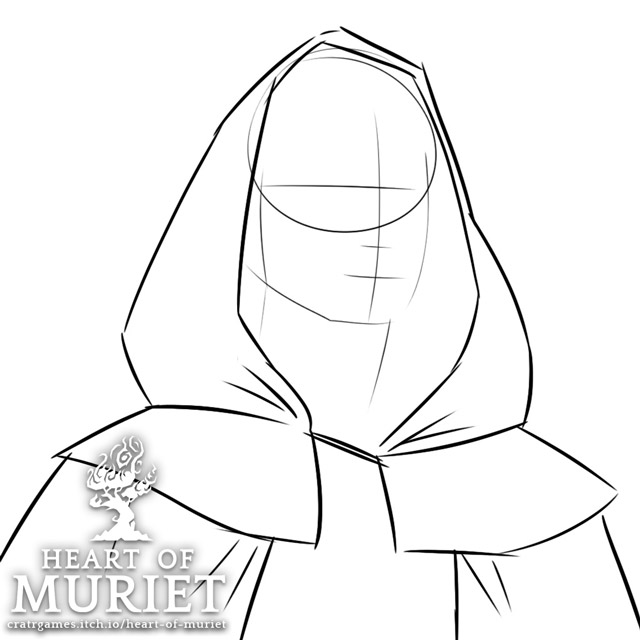 The next step was to work on clothing and items. 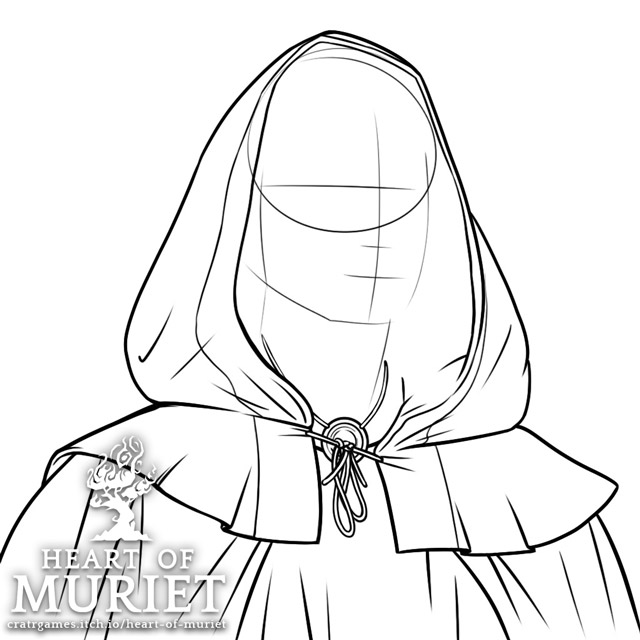 Lazy Nezumi made it pretty easy to get very clean line art - The next step was to find a good reference for the face and hair. 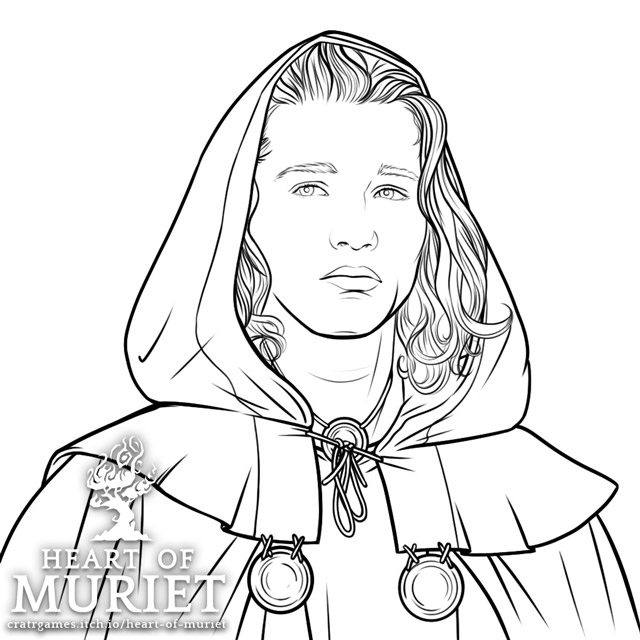 With the line art done, the rest felt mostly like "painting by numbers". Selecting an appealing color scheme and balance was the only "challenging" part of this step. For most portraits, I tried to get a complementary color scheme working while trying to not make the colors clashing each other - giving a harmonic feel.

I also wanted to give each house that we feature in Heart of Muriet a distinctive color scheme to make the different characters easily recognizable - even on a quick glance. 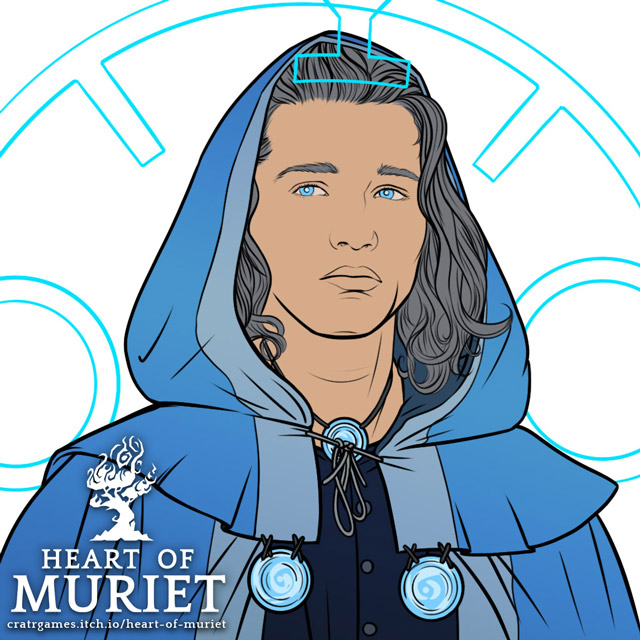 At around this point in the process, I added a background to give me an overall feel of the result.

The backgrounds were a combination of a gradient with color-picked simple cloud patterns over them. 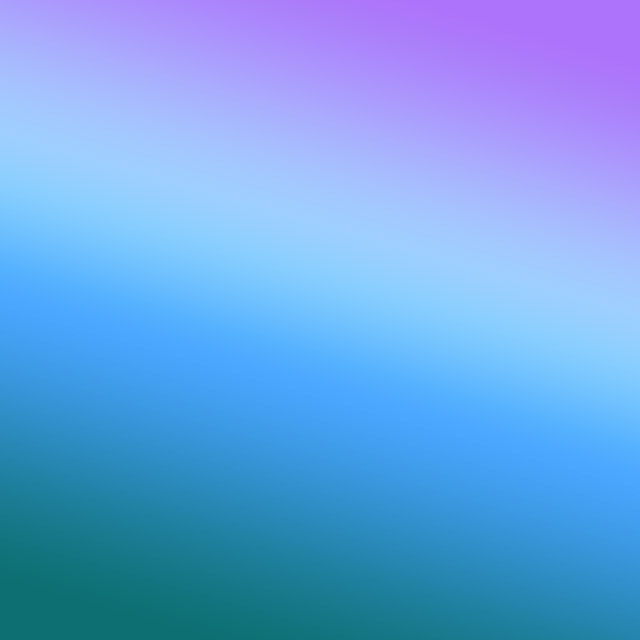 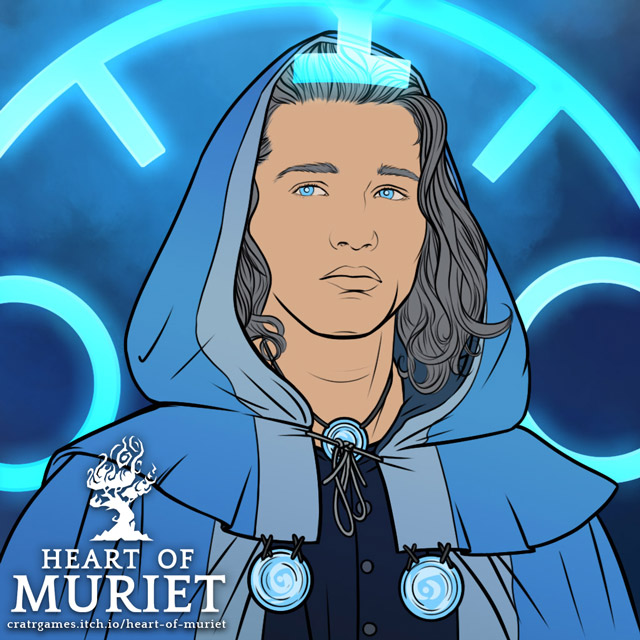 The next step was to add the shadows. I stayed in a clean and sharp style for the shadows - placing them were done by trying to match an imaginary light source. 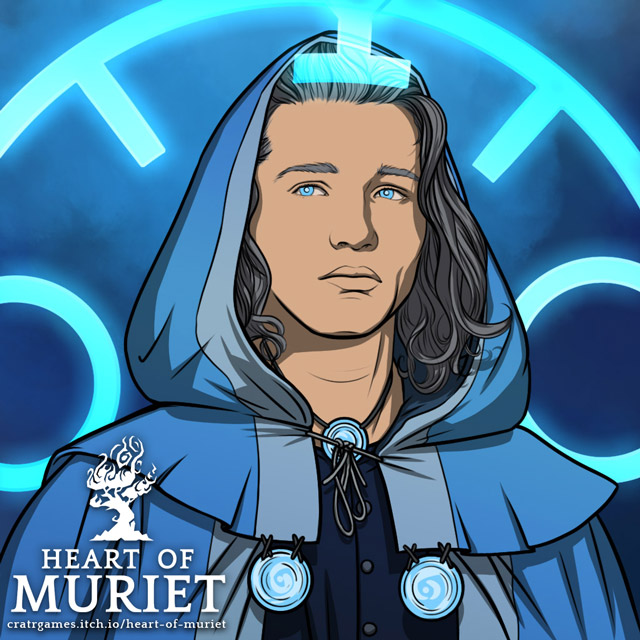 To make the placement of the shadows easier to see, here are the shadows with the outlines. 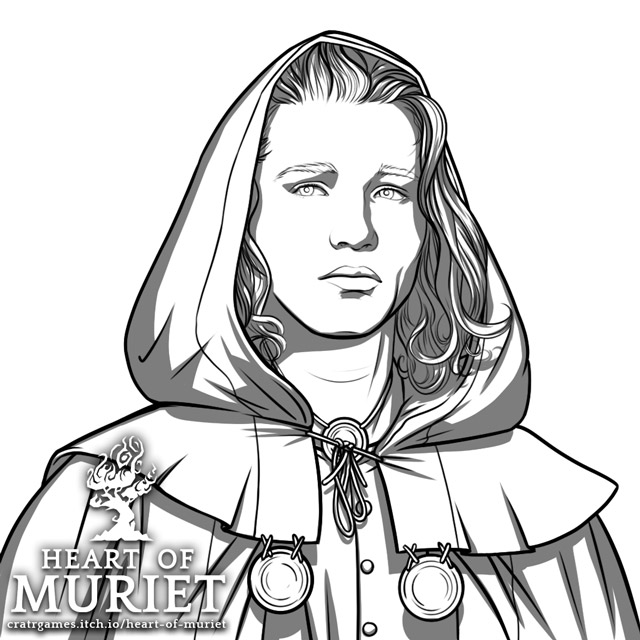 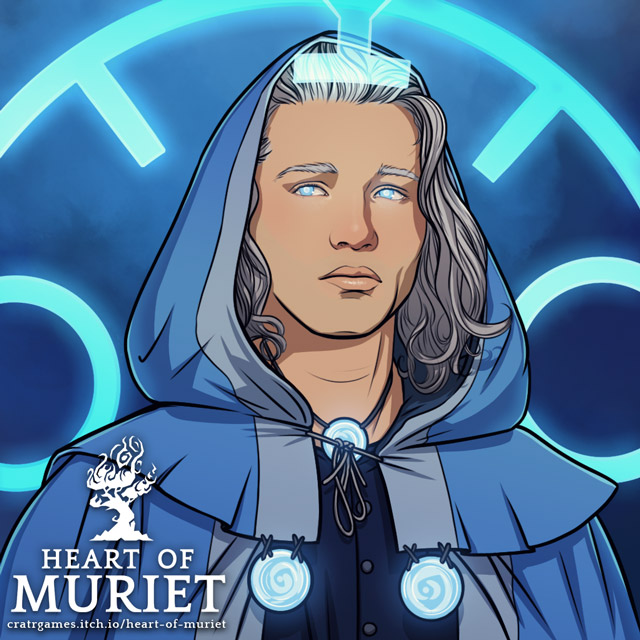 I hope you enjoyed this small insight.

We will release the updated version soon, including these portraits and a lot more new features and bugfixes .

Get Heart of Muriet (Demo)

Such wonderful posts should be done by more developers really.

Wow just amazing, I love it!
A fantastic job, thanks for the insights @Raffa @Matthias

i am looking forward to the new update :)